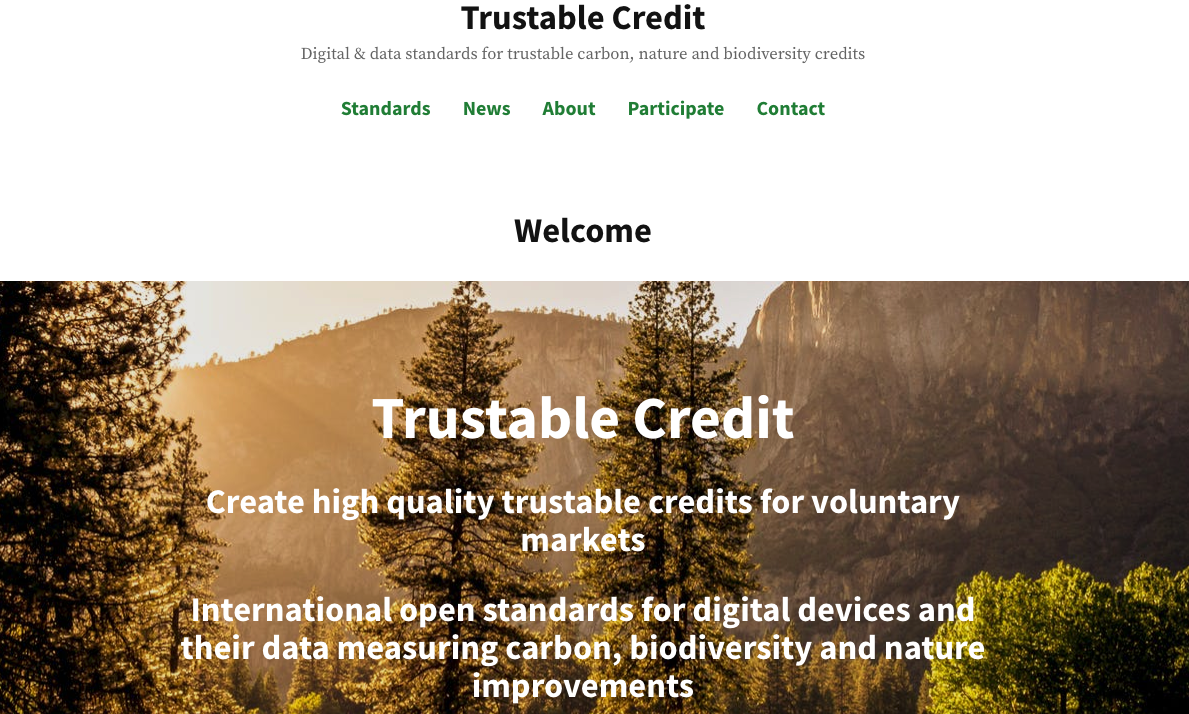 I’ve just launched Trustable Credit, if you’d like to join in co-creating, developing and testing open and international standards for digital devices and their data measuring carbon, biodiversity and nature improvements please check out the website. We are a distributed organisation, an adhocracy of interested parties, do join us!

From the 2010 academic calls to recognise ecoinformatics as data intensive, to the establishment of national datasets to work as observatories such as NEON (the US’s National Ecological Observatory Network), the idea of sharing open, transparent and robust digital datasets about the ecological state of the earth solidified. Recent research and network development by The Challenge Centre for Thriving Natural Capital at SRUC has proven a range of different public and private sector bodies are interested in the idea of being able to rate nature/carbon credits according to the quality and trustability of the data, and the robustness of indicators and science behind them. Credible green finance investors and credit approvers want Nature-based Solutions (NbS) projects with high data and science standards ratings behind them. S&P’s IHS Markit announced its intention to launch a global Carbon Meta-Registry Advisory Board to provide transparency of carbon credits, working alongside The World Bank’s Climate Warehouse experiments, and the establishment in 2020 of the Task Force for Scaling Voluntary Carbon Markets means that nature-based markets want trustable scientific data. As COP 26 rises 2050 net zero emissions targets (2045 in Scotland) up the agenda globally, and as more companies seek to launch green finance initiatives based around nature based solutions, there needs to be digital and data standards proposing a grading system of excellence down for digital data gathering, measurement, analysis and storage.

Research into the digital state of the cultural sector

Boulder, Pebble or hybrid? It’s not a rock hard question