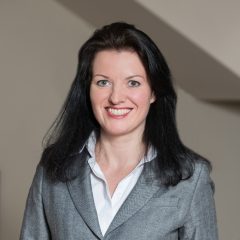 Dr Hannah Rudman is Co-director of the Thriving Natural Capital Challenge Centre and Reader at SRUC. Her work focuses on how digital and data innovations can help the natural economy sector address the Grand Challenges we face – climate change, food safety and security, loss of biodiversity, etc. She is convenor of Trustablecredit.com, an adhocracy creating international open standardised processes for digital devices and their data measuring carbon, biodiversity and nature improvements. She is on the Executive Management Team of Agrimetrics, a UK Agritech Centre, and is an Expert Evaluator for the European Commission’s Research Executive Agency. Hannah’s skills include establishing and maintaining strategic relationships and partnerships, and communicating the opportunities and impacts of digital data and emerging technologies with clarity to government, general audiences and industry. She is also an experienced non-executive director and board trustee, currently serving the National Galleries of Scotland.

Hannah ran her own practice which designed and delivered national Digital Transformation programmes.  Attracting £multi-millions, and impacting over 250 enterprises at C-suite level, the programmes used Hannah’s academically verified and internationally renowned The Digital:Transformation Approach. Hannah made keynote addresses on it at national conferences in Mexico and Australia and the UK. Watch case studies of clients’ digital transformation journeys.

Hannah is internationally renowned for her proven in the field & academically verified Digital Transformation framework. She was elected as Fellow of the British Computer Society in 2016, as Honorary Fellow at Durham University in 2015, and as Fellow of the Royal Society of Arts, Manufacture and Commerce in 2007.

Hannah founded and ran Envirodigital 2009-16, creating digital products that gave people agency to reduce carbon in their businesses and lives.

She co-authored Distributed Ledger Technologies (DLT) in Public Services commissioned and published by The Scottish Government in 2018, and is Independent Advisor to DECaDE, the UK’s Centre for the Decentralised Economy. She was Special Advisor to the Cultural Enterprise Office and Scottish Arts Council/Creative Scotland. She has also previously held directorships/trusteeships on the boards of Dynamo North East, New Media Scotland and Macrobert Arts Centre.

Hannah was Strategic Transformation Director at DLT start-up Wallet.Services, and was a part of the leadership team growing the company to successful scale-up. As an entrepreneur, Hannah also founded and ran Envirodigital 2009-16, creating digital products that gave people agency to reduce carbon in their businesses and lives.

She has a PhD in Information Systems (a Computer Science discipline). a distinction MRes in Drama and IT; a PGCert in Computer Science; and a first class BA (Hons) in Drama from Royal Holloway, University of London. As one of the European pioneers of Hyperdrama, she is cited on Wikipedia and in many academic papers. Her 1997 Hyperdrama, The Benefactor, is studied worldwide as a play written in hypertext, and has been translated into Chinese, German, Italian and Spanish. She co-produced with the National Theatre of Scotland the award-winning 24 hour online live participatory show, Five Minute Theatre.

Hannah was elected as Fellow of the British Computer Society in 2016,  and as Fellow of the Royal Society of Arts, Manufacture and Commerce in 2007. She was Honorary Fellow at Durham University in 2015-19, bringing participatory action research together with information systems and attracting funding from The Wellcome Trust to create a longitudinal science experiment which is still live in the Life Science Centre in Newcastle.

Prior to 2003, Hannah worked as a Research Consultant for AEA Consulting (’98-’99), was the inaugural New Media Producer at the Royal Shakespeare Company (’99-’01); and was a Business Development Manager – initially at education software developer Immersive Education (’01-’02) and then at user interface developers, Nascent Form (’02-’03).